If Angelina Jolie was last week's entry, who else could be next on the blog but the man who's so often by her side? Brad Pitt is a tricky one, though, because although he's been reported to be left handed like his wife, every picture I can find shows him using his right hand when signing autographs. Sometimes clients ask me, "If I'm ambidextrous, which hand do you read?" I always respond the same, the one you write with. 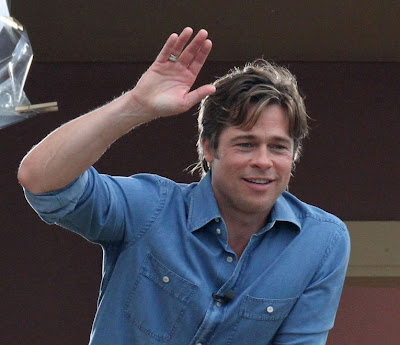 Brad is evenly balanced between logic and willpower when decision making. And, although pragmatic, he doesn't mind indulging himself in the finer things when the mood to treat himself strikes.

His Life line is prominent, a sign of personal vitality and vigor. However, it is a bit short which tells us that whenever Brad leaves this life, he will see it as being "too soon" even if that day arrives at the age of 92. He doesn't see himself as an extreme risk taker, yet he can be quite a bit impulsive at times. Even so, there is a slight impression of a joining between his Head and Life line which indicates his gut impulses tend towards making grounded choices, even though he may act quite spontaneously in the current moment. 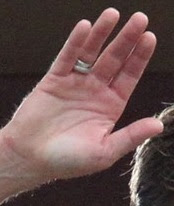 The length of his Head line indicates he tends toward more staccato thought patterns, rather than dreamy, legato paced thoughts. However, his Head line takes a dip towards the end, showing occasional bouts of depression, or perhaps simply habits of falling into a depressive mindset, at times. This is not debilitating, however, but may give some explanation of where he draws upon internally as an actor when creating a character, most especially because this part of the line terminates in the mount of Luna, associated with the subconscious.

The Gap between his fingers and Love line shows Brad's great reluctance to let many people into his heart of hearts. He is good with acquaintances, jovial by nature when working with others, but the ones he truly cares for and loves are few and far between... and Brad's okay with that too. 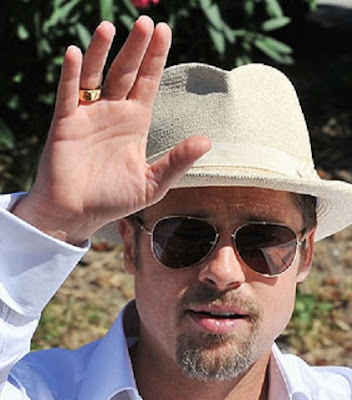 Regardless of others' opinions, Brad has had a clear and straight forward Ego line, showing great sense of purpose in this lifetime with little disruptions to his pervasive sense of his character. And, there are markings on his mount of Apollo which are seen here on the blog so frequently when reading celebrities, beneath his ring finger, in an area associated with the performance arts, of all types, music and art included as well.
Written by Alissa Hall at 6:36 AM